Perils of large-scale thinking. Feedback to 369-1. Salvation of saviors.

On the July air time of Radio Aurora, not the worst Russian philosopher, Professor Alexander Dugin, who was once a fanatical supporter of President Vladimir Putin, stated that the state of “the Russian Federation” today is the embodiment of injustice." And added - "If there is no Truth, then there is nothing!" 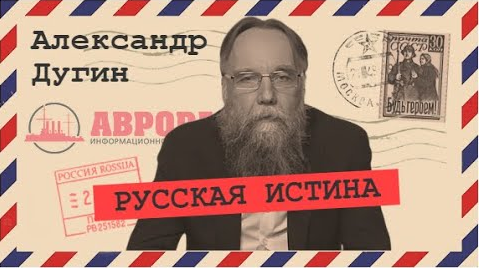 In the Foundation of Mankind Formation, part 3 there is a patriotic statement: "The historical indigenous peoples of Russia need the absolute truth, no matter how bitter it may be, for only the truth is able to recreate the state of the nation unity, faith and the all-conquering might of Russia."

In the Russian language, unlike the younger fragments of the proto-language, the words Truth and Verity have different meanings.

The point of life of the one living right is finding the Truth. However, if the goal is chasing after a truth, then we are bogged down in lies. We need a truth in order to rely on it to find harmony of the Mind and start searching for the Truth. A truth brings the pangs of perception; the ability to overcome the pangs is the sign of maturity.

Mathematically, the ratio of a truth and the Truth can be represented as the ratio of the XY plane to the XYZ volume.

Thus, having achieved perfection in one of the planes of knowledge, one has to improve the intersecting plane, outlining the edges and horizons of the Truth. Otherwise, an evolutionary bias of consciousness is inevitable, due to the neural circuits’ dimensionality gradient. Classical psychology classifies this phenomenon as professional personality deformation, without understanding the physical reason. This serves as simple evidence of the fact that the original point of our existence is in the Mind development, through the search for the Truth.

Everyone has one’s own truth, but the Truth is multifaceted and subtly manifests itself in a conscious action here and now. Each such action, fertilized with perception and truth, brings the seeker closer to the Truth, but at the same time moves the Truth away from Man, increasing its scale, filling the energy-information potential into a volume. The progressive growing of the scale of thinking is the result of efforts to approach the Truth. 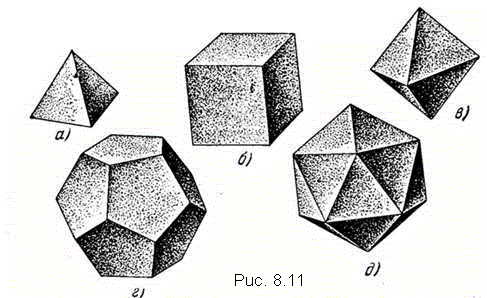 When speaking of the growing of the scale of thinking, it is easy to fall into the trap of non - resistance to evil by force. Comprehending, global, spiritual and conceptual perspectives, and sometimes reaching the super-system level of reasoning, people lose touch with reality, forgetting that the truth is in action, here and now. The Cathars’ story of the voluntary rejection of the struggle against the mass auto-da-fe is a vivid example of how the scale of thinking detached the best minds of their time from the search for the Truth, disconnected them with the  objective reality. If you believe the Romanov court historians, then in Russia, the Orthodox Old Believers acted in a similar way. Leo Tolstoy promoted the same idea in the wake of the revolution. Now it is obvious that this intellectual and spiritual sabotage could not have a decisive force, but the harmfulness of such a philosophy is confirmed by that dear price paid by the victims of this trap.

"If war is imposed on you, you must make it the worst nightmare of your enemy" - this quote belongs to Mother Confessor’s father from the books by Terry Goodkind. With such a philosophy among the Perfect, the fate of the holy family and the entire mankind had a chance to be quite different. However, the Cathars have lost it, with the exception of Esclarmonde D'Usson.

Another side of the trap is an ungrounded assumption of an arbiter or keeper roles. Accepting the scale of thought priority over conscious action brings the disconnection from the reality, a refusal to fight for life itself, for the truth. Similar conflicts between the Lord and Sever, between Sever and Izadora, as shown in the Revelation by Svetlana Levashova. And after all, the problem is not new, in Castaneda's books; this subject of self-importance is plowed far and wide, not to be confused with self-esteem. And a lot is said about pride in Christianity, too.

And among us today, there are those who, having absorbed gigabytes of new knowledge, imagined they are Lords and Severs. From the height of their large-scale vision, they do not want to return to the foul reality, and consciously act in line with the gifted knowledge. It’s so easy, from the height of the New Knowledge importance, to silence the inconvenient truth about the next cynical deception of people by the elected president. After all, one can lose face, earn enemies offended by the truth, and how then can the rest be mobilized for the next party task? How is the poet saying? "Don’t you, bastard, perturb the people, tra-ta-ta-ta-ta." But the time is not the same. Repressions and ostracism have no influence on those who do not play by the old system rules, do not manipulate the egregor of another authority supporters. They have no influence on those who, instead of directly criticizing genocide and executioners, ridicule them with high-flown epithets, supporting it with specific facts. It does not work against those who do not value one’s own authority. If in order to convey the truth it is expedient to act as a buffoon, then it is worth it. For the person who is not among the state officials it is not forbidden, but what about the president playing clownery vaccination of 60% of the country's population? Again to keep silence and shut up those who dare? Why not discuss and judge such behavior of the commander-in-chief from the point of view of New Knowledge? What could be more important here and now? The structural element of the outer stellate triandazioahedron? , Indeed? 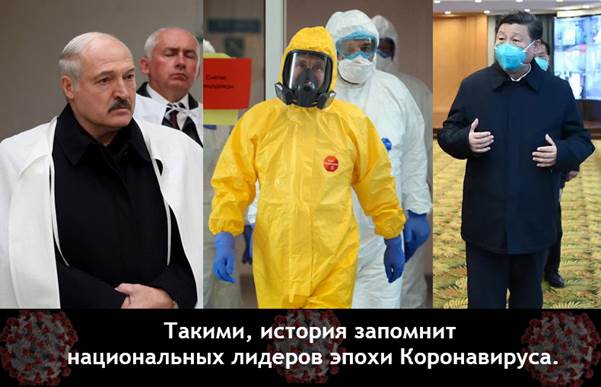 This is how the national leaders of Coronavirus times will be remembered in the history.

They say the truth is always without fists, but this is the same ideological sabotage. Russia needs the truth, which can be relied upon in the search for its true purpose, and for this it will have to be protected from slander and hushing up.

inability to think big is just as damaging. The priority of action over the perception required by the situation of scale is also fatal. When attacked by superior enemy forces, all members of the collective security treaty are guided by the task of survival of the entire community, but not individual countries. They can retreat tactically as part of the military strategy. If one of the members of the treaty refuses to retreat, guided by the priority of protecting his small homeland, then this discrepancy in the scale of thinking may cost the entire community military defeat, and the culprit himself is practically guaranteed defeat.

Therefore, for the Mind harmonious progressive development, it is necessary to learn over and over again, often from your mistakes, to walk on the razor's edge, maintaining the balance between increasing the scale of thinking, and conscious action in line with the truth, here and now. This is enlightenment by knowledge. 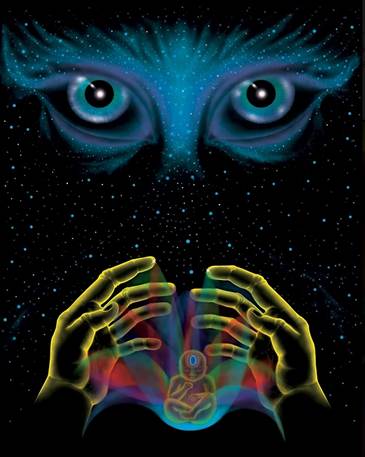 Soon all these questions will become pressing in Russia and in other countries of the world.

There is only one way of salvation - the search for the Truth.