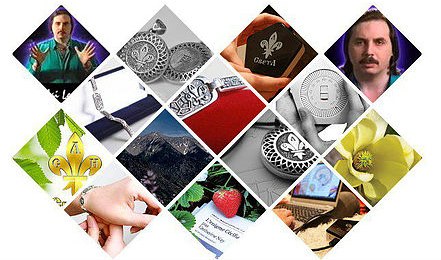 "Any sufficiently advanced technology is indistinguishable from magic."
- Arthur Clarke.

Define magic! For a person in the Middle Ages, everything that we use now is magic: cars, TV, mobile phones and tablet computers (and probably was ‘black magic’). Yet what these technologies are for us? Most likely they represent the result of scientific progress and technological development after all. The same applies to the “SvetL Generator”. It is neither magic, nor sorcery; it is the result of the latest scientific developments based on the principles of new physics. These principles work, and there are more and more such technologies coming to light. Many of them are not yet available to the wider public, and many are simply being kept secret, but they are being applied at increasing rates. If you wish to become acquainted with this new knowledge - read translated works of great Russian scientists Nicolai Levashov, Alexander Khatybov, Feodor Shkrudnev, and Boris Makov. We offer some of their books on our site.

Quantum Physics tells us subtle energy makes up all the cells of the human body. Man is born with a limited supply of energy, and the SvetL bio-generator provides an additional “battery”, drawing infinite energy from the subtle world.

The Psi-field Generator is functionally similar to a quasi-living organism with a fairly high level of intelligence which solves the tasks assigned to it for Restoring and Rejuvenating the well-being of the owner. SvetL Technology is able to pinpoint any issues and make the appropriate changes, preventing future diseases by controlling energy flows and producing the necessary influence upon various organs and systems of the human body, determining the suitability and necessity of the given influence. It is a transformative influence, as damaged cells and tissues are renewed and new, healthy cells, not damaged by any pathology, appear instead of those that were morphologically changed.

SvetL psi-generator has a beneficial effect on the human body systems, providing a source of uninterrupted subtle energy to all levels: emotional, mental and physical. There are no other healing devices like ours, and they cannot be stolen or duplicated! Currently there are tens of thousands healthy and happy Users worldwide, and now we are introducing to the US region the Most Important Wellness Technology of the Century named SvetL Life Technology. It is a phenomenal breakthrough in the field of healing and leads, if it is in principle allowed by Nature, to improved physical and mental status of Mankind. It does not work with the consequence of the disease, but with its cause … the actual cause, so the disease never returns.

New technologies are increasingly entering our lives. Technologies that once seemed miraculous and improbable have become an integral part of everyday living.

SvetL technologies far surpass all that has been known and discovered by previous scientists, including Nikola Tesla, who planted seeds with theories and discoveries but could only dream about the achievements beginning to be realized for the Human Race with SvetL technologies.

While the positive responses and testimonials keep coming from around the globe, everyone is different and unique.

Thus there could be no assurance, nor denial the innovative technology could work for 70-90% of all possible genotype combinations. We make no claims, and let the consumer decide based on their individual experience.