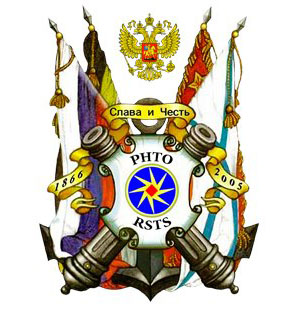 The Physics of Our Brain

Let us narrow down the scope of the important problematic issue of our judgments: "Why is it necessary to have a living substance, the smallest part of which should be oriented Reasonably in its civilizational development, including through the rite of Man himself with all the complexity of his functions on Earth, as an important hypostasis of the Mind?

The Brain controls everything in the body!

At birth, every human biological object on Earth gets its own individual Life Support system created for 124 years of Brain functioning. When the Brain loses its connection with organs (for instance, the pericardium system), then the Brain stops the heart. However, only those who can learn how to use the SvetL Technology in this direction, can achieve that predetermined threshold of 124 years.

In every form, birch makes an excellent tonic and detoxifier, mainly working on the urinary system to remove waste products, such as kidney or bladder stones and gravel, gout, and rheumatism. It reduces fluid retention and swelling, and clears up many skin problems. Birch is regarded as safe medicinally and no side effects have been reported.

A good sign: Residents of St. Petersburg once again saw a solar halo above the city. They shared photos of that optical phenomenon on social networks. “This is a sign!” The halo that arose over the city gave the residents a reason to leave self-isolation.

It is not worth talking about a kind of “mean trick of some laboratory origin” in the process of its manifestation, because it is so perfect in its complex constructive arrangement that there is complete and guaranteed confidence that people are not skillful enough to “create” it!

Mumijo: A gift of salvation

Civilization, having arrived at a dead end in its  "progress," is trying in vain to find the way out, acting on the suggestions of science, religion, politics, economics, and the other usual instruments and means. These ATTEMPTS FAIL not due to the mistakes or inadequate qualifications of those offering remedies, nor to the lack of technical knowledge. The problem is much deeper.

Mind & CoronaVirus. Only one will prevail

Nowadays, there takes place a multi-level process of information-control corrections aimed at the recreation of the Earth’s initially gained state of the Intelligent orientation in the process of its Civilized development. The next step of such corrections is to be completed before October 25, 2019. It was on the night of October 25 that an important process was completed by the Earth of the recreation of its partial former control abilities to form and control the processes of the true energies being at the higher level and retain its planetary internal energy balance in the state of harmony with the surrounding nature of the Solar System and our galaxy. For the people (especially those who are to integrate into the future), the processes are underway which are recreating the Intelligent orientation of their civilized development. In order to be aware of the entire complexity of the processes of being, an excerpt from the new “Structural Theory of Everything” is given, concerning exactly those states and elements of energies, which are currently subject to correction in their physical parameters.